Amusement parks and corporate law are two things that are very rarely compared to one another in any context. In the case of Margot Miller choosing to take her career to AB InBev, the story proves to be a slight exception to that rule.

“While interviewing for my position, I first spoke with Martim Della Valle, the Global VP of Compliance, Antitrust, and Litigation,” she explains. “As we were discussing scope of the job, he promised me a ‘Disneyland of Antitrust opportunities and challenges.' He has made good on that promise,” she says with a chuckle.

Margot's title as Global Director, Antitrust gives her a more diverse range of responsibilities than one might think. She says that she likes to think of her job in three different pillars, with the first being to create an umbrella across the company's nine geographic zones. “A big part of my role is supporting teams in each of the zones,” she says. “I'm not an expert on the antitrust laws of every country, but I'm a point of contact so that our global strategy stays consistent.”  This involves advising on antitrust-related investigations and litigations, particularly where such matters may have impact outside of the zone.  She also lends support to the global mergers and acquisitions team, which she says involves “looking at potential acquisitions, joint ventures, collaborations, as well as working closely with ZX Ventures who look at lot of interesting “non-core” projects.”

But arguably the most visionary aspect of Margot's job involves taking what information she has and using it to simplify what's normally a complicated process for a large corporation. “It's part of my job to come up with anything that's going to make antitrust compliance easier within the company,” she says, “whether that's coming up with a new training idea or developing new guidelines.”

Job interview promises aside, Margot says that choosing to come aboard at AB InBev simply made sense as someone who's a self starter. “One of the things that attracted me here is the ability to really direct my own career and my own role here in the sense that if I see a problem that needs to be addressed, I have the freedom to do and take ownership right away and get it done,” she says. “There's really no red tape or bureaucracy: If you see a project you're interested in working on, you can. In a law firm, you're always working in a hierarchy, and that's not the case here at all.”

And like many of her coworkers, she views the opportunity to work with such a diverse team as something that makes her day-to-day a more enriching experience overall. “Cultivating relationships with colleagues around the world has been very interesting and challenging, and so rewarding,” she says. She's especially learned the value of hitting the road to build deeper connections within the company. “Meeting people over telepresence is great for efficiency, but the relationship changes once you actually sit in a meeting in person, go out for a beer after a meeting, or have dinner with a team,” she says.

And even when it's something a little closer to home, Margot has found that the culture of camaraderie at the company stands out for all the right reasons. “I recently got invited to join the editorial board of the Global Competition Review,” she says. “When I told my boss the news, he was absolutely thrilled for me. He even made sure to highlight it during our weekly legal meeting, led by our General Counsel.”

Beyond personal achievements, Margot has an immense amount of pride in her company and the work she and her department have been able to accomplish. “I feel strongly that we're probably doing a lot more and a lot better on antitrust than anyone outside the company is probably giving us credit for,” she says. “The reputational point is very strong, and we want to be known for that. I get a lot of support from my colleagues on that front.”

Margot says that the cross pollination effect of working alongside different colleagues has exposed her to a higher level of morale than she was previously accustomed to. “Of course, I'm coming from a career of sitting in a law firm office...But at AB InBev, it's mostly commercial teams and non-lawyers that sit in the New York office. It's not that law firms don't have pride, but these guys have pride, and it's contagious!” In fact, she says there's one such recent interaction that deeply inspired her. “Tony Milikin, our Chief Sustainability and Procurement Officer, gave an office happy hour chat where he was laying out our ambitious sustainability goals. It made me realize that we as a company are concerned with way more than just selling beer: We're taking our job very seriously as a sustainable company, and taking responsibility in ways that we don't necessarily have to. It made me feel really proud to work here.”

So what's most exciting to Margot about the future? She says that similar to her colleagues working on Project BrewRIGHT in the anti-corruption space, she and her colleague Rodrigo Cunha are looking towards taking data and information and using it to boost their antitrust compliance program. “We're trying to run a pilot to see what metrics and tests we can develop to detect potential antitrust risks,” she explains. “Can we use data to spot things like abnormalities in pricing? Can we track de facto exclusivities through sales data? Will data help us spot potential risks even earlier than we do now?  It's still in the super early stages, but I think it will be really, really cool and productive. Data is where it's at right now; it's the hot new thing that's here to stay, and I think it's all about how can we leverage it to help our antitrust efforts even more.” 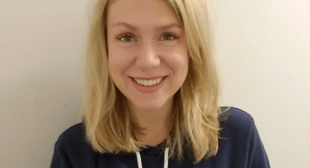