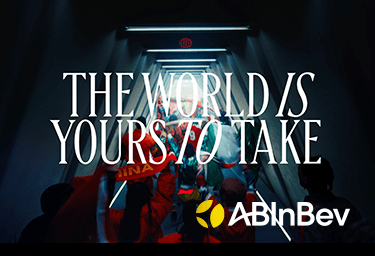 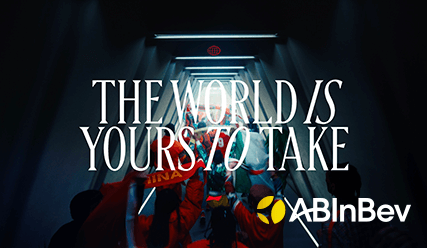 Today Budweiser, part of the AB InBev family of brands, debuted a global rallying-cry for FIFA World Cup™ fans: “The World is Yours to Take.” In partnership with international football icons Lionel Messi, Neymar Jr., and Raheem Sterling, Budweiser is launching its Official FIFA World Cup campaign in more than 70 countries, the farthest reach in the brand’s 146-year history.

“As sponsor of the FIFA World Cup for more than 30 years, we wanted to capture the infectious global energy of football fans everywhere to encourage people to find the conviction to go for greatness, no matter what the journey to get there might look like,” said Todd Allen, Global Vice President of Marketing, Budweiser. “Determination to overcome challenges in the name of achieving greatness, like we’ve seen countless times from Messi, Neymar Jr., and Sterling, is an inspiration to us and to fans around the world. We hope our new campaign reminds fans that no matter what stands in your way, the world is yours to take.”

The campaign is anchored by a film featuring the athletes and a diverse group of fans making their way through the players’ tunnel with conviction toward the FIFA World Cup pitch. Using the tunnel as a metaphor, Budweiser hopes to connect fans to the emotion and anticipation the players feel before the match and inspire them to take the next step in their journey towards pursuing their dreams.


See how Budweiser, part of the AB InBev family of brands, is teaming up with Messi, Neymar Jr., and Sterling to inspire fans to seize greatness

The campaign film was developed with creative agency Wieden+Kennedy and is an evolution of Budweiser’s new “Yours to Take” platform launched earlier this year. The campaign soundtrack is a reimagining of the iconic Tears for Fears’ anthem “Everybody Wants to Rule the World,” capturing the passion and enthusiasm fans will feel during this year’s tournament.

Through its global campaign, Budweiser is creating new avenues for fans to experience the FIFA World Cup both on the ground and at home including: the chance to win match tickets by scanning QR codes found on over one billion limited-edition Budweiser bottles, BUDX FIFA Fanfest watch parties bringing the experience and fun of the tournament around the world for the first time, on-site activations and musical performances at the Budweiser Hotel.

Additionally, Budweiser will tap the global scale of AB InBev’s direct-to-consumer (DTC) and business-to-business (B2B) platforms, owning the hour before kick-off with special promotions to deliver cold beer direct to fans of legal drinking age (in select markets where available) and excite retail partners by creating unique activations through our e-commerce platform, BEES, in over one million locations where Budweiser is sold. Fans will also be able to buy commemorative NFTs through the metaverse.

AB InBev is proud to celebrate the sport, the players, and most importantly, the fans of the FIFA World Cup™. Follow us on LinkedIn, Twitter, Facebook, and Instagram for more from Budweiser and our brands worldwide celebrating the return of the world’s largest sporting event.